Guns.com,  which describes mission as "[exploring] the topic of guns through the widest lens possible, to deliver these findings as fairly a 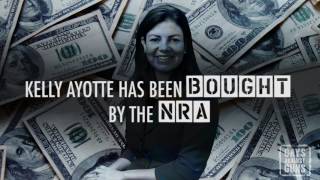 Critical Mass? Gun Control Movement Has Been Building for a While | Building Background Knowledge

The Gun Control Movement in America has been growning for some time now. It's even been growning in conservative areas. After the disgusting April, 2013 Senate vote defeating small but sensible federal gun control legislation while families of slain Sandy Hook victims sat in the gallery, "...[S]omething unexpected happened." writes Alec MacGillis in his May, 2013 article for the New Republic called "This Is How the NRA Ends: A bigger, richer, meaner gun-control movement has